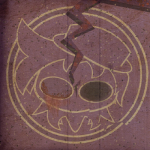 "Oah is an expression commonly used when responding to a comment which results in utter shock or amazement, or if the comment is simply stupid. Often used with both a question mark and an exclamation point, oah is said as a mixture of what and oh."

, Don't be afraid to ask me for help or request stuff as far as drawings (i.e. Conceptions) go. I may deny it with a iron fist but I also may gracefully accept it if I'm not busy with other projects that require hand and foot of me. :3

Disclaimer: I'm not as good as most for some reason say ಠ_ಠ ... but I certainly try my best (for the majority of a picture xD)

If you have a problem with something I drew or have something to say/criticize on said picture, feel free to let me know with what is wrong with and if I agree, then i'll gladly fix it and/or take it into consideration in the future. C:

Stuff I've made so far!

MOAB and the DDT

Retrieved from "https://bloonsconception.fandom.com/wiki/User:Mr.OAH?oldid=156345"
Community content is available under CC-BY-SA unless otherwise noted.